Steve was appointed as a Director at Bankfield Heath Solicitors in November 2019.

Steve is a Solicitor and is qualified under the Immigration & Asylum Accreditation Scheme as a Supervisor and Level 2 (Senior) Caseworker. He specialises in all aspects of immigration, asylum, and human rights work and has been practicing in this area of law since 2009. Steve joined Bankfield Heath Solicitors in 2013 and has been a major part in helping the firm become what it is today.

Steve deals with a wide range of applications and undertakes work at all levels, both legal aid and private. He is very experienced at preparing applications for submission to the Home Office and he represents clients at the First-tier Tribunal and Upper Tribunal.

Steve’s work also involves applications for judicial review which challenge decisions of the Home Office where there is no right of appeal. He is dedicated to holding decision makers to account and ensuring that his client’s cases are looked at properly and fairly.

He has a vast knowledge of asylum and human rights issues relating to many countries, particularly those in the Middle East and the Horn of Africa. 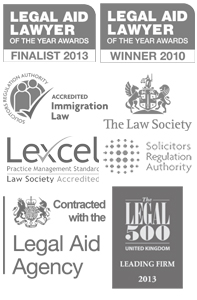